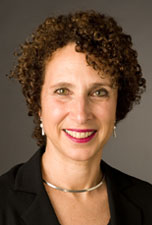 Across three decades, Willa Zakin Hallowell was responsible for developing and maintaining the exceptional quality of the leadership and expatriate (cultural adaptability) coaching delivered worldwide by GROVEWELL LLC. One of two partners of GROVEWELL, Willa also personally coached many leaders of major global corporations. She received dozens of testimonials for the lasting effectiveness of her own coaching as well as that delivered by the GROVEWELL coaches for whose work Willa was directly responsible.

With the retirement of her partner, Dr. Cornelius Grove, and the closing of their firm after 31 years, Willa Hallowell is carrying forward GROVEWELL’s reputation for coaching excellence with Willa Hallowell Coaching, her own coaching consultancy. Willa’s associate coaches around the world are all well known to her, having served as GROVEWELL’s coaches. Available on this website are the professional biographies of Willa and each of her associate coaches on six continents.