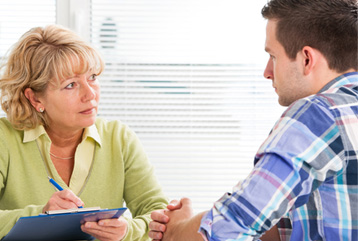 Willa Hallowell, originator of GLOBAL LEADERSHIP COACHING and formerly a GROVEWELL partner, has paid sustained attention to the prospects for professional women in the global economy.

Ms. Hallowell and her collaborator, Kathy Molloy, apply the GLOBAL LEADERSHIP COACHING approach to support and promote (a) the personal and professional growth of women and (b) the enhancement of women’s contributions to the organizations that employ them.

Beyond Being Supplicants in a Male-Dominated World

The outcome for Willa Hallowell’s coachees is an approach and mindset that sidesteps and “Break the glass ceiling!” thinking, indeed sidesteps and moves beyond any implication that women remain supplicants in a male-dominant corporate world.

Willa’s perspective is that females and males are different, a fact that is fortunate indeed for those corporations able to leverage women’s unique talents, points of view, and life cycles.

To gain and maintain long-term global growth, businesses need the capabilities that women tend to possess more than men. For when women are being naturally effective, they are exhibiting skills that are directly useful in enabling globalizing businesses to be effective.

When women’s roles are studied in anthropological perspective (not merely in recent historical time, as often is the case), they are found to have had strong economic roles complimentary of men’s roles. In evolutionary time, men and women have played a wide variety of roles vis-à-vis each other in order to raise children and get all sorts of hard work done.

Ultimately, women’s most useful contribution to the global economy is not merely to press for new policies and procedures (such as expanded maternity and paternity leave), but rather to seek to gradually transform the assumptions, the metaphors, and the core values by which global businesses make decisions and allocate human and material resources.

Willa Hallowell’s coaching enables women to do this within their own corporate cultures.

Before your firm rolls out coaching for women leaders, shouldn’t you talk with Willa?

For 30 years across six continents, Willa Hallowell has delivered coaching specialized not only for professional women, but also for global corporate leaders and expatriate assignees.